The economic recession borne out of the COVID-19 crisis has been highly unusual in its course of events. Beginning as a global health crisis, the pandemic has morphed into an economic recession and a financial market shock, particularly impacting shares and other relatively riskier assets. What does this mean for the policymakers trying to respond to it?

Most recessions are triggered by the cost of capital becoming too high for businesses and consumers to access, or to service existing capital obligations. In most textbook recessions, the manufacturing sector is typically hardest hit, as demand for products pulls back, while the services sector (though not immune) is less affected – at least a portion of the population is still able to shop, go out for dinner, or visit their local pub. This time around, lockdown conditions mean that the service sector has been equally impacted (more so in some cases). This matters hugely for developed economies, where services can account for three quarters of the total economy.

Given that the impact on all areas of the economy is so material, central banks and governments have had little choice but to respond forcefully. But the extent of their response has been nothing short of spectacular, dwarfing the remedial actions following the 2008 financial crisis. And it’s not just the scale of the response, but the coordination of both central bank and government support that stands out.

Policy responses are not a vaccine for the virus, and nor are they intended as such. Rather, they are part of the medication for one very important patient in this saga: the global economy. Policymakers are aiming to keep businesses and consumers afloat, quite literally buying them time, until both the demand for goods and services and the ability of the economy to provide them can recover.

Central banks have thrown everything at this crisis

There has been much talk in recent years of central banks being out of ammunition for the next crisis. The traditional tool of slashing interest rates to fight a recession seemed to have been exhausted; rates were cut aggressively in response to the global financial crisis, and have stayed low ever since. Against this backdrop, many assumed there was little left in the arsenal of major central banks.

How wrong this thinking would turn out to be. Amid the COVID-19 pandemic, central banks have thrown everything at the crisis. Some of these policies have been seen before – reducing interest rates, reactivating quantitative easing programmes, and restoring some kind of order to the financial plumbing of capital markets. However, some are new – targeted lending to businesses of all sizes, and involvement throughout corporate debt markets. Central banks have gone further than most would have ever imagined, and are likely to do still more.

The balance sheets of the world's major central banks have skyrocketed 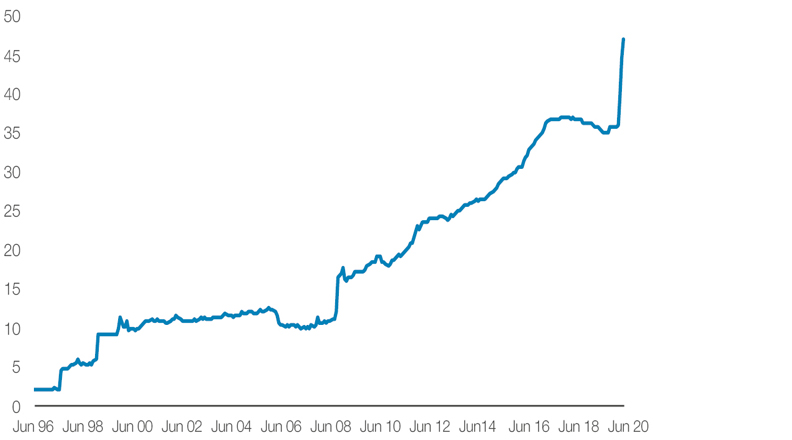 Naturally, as the COVID-19 saga moves on, talk will return to how central banks can unwind these bloated balance sheets in an orderly fashion, without causing panic in financial markets (no mean feat), but they must take one challenge at a time. For now, in the coming months, central bankers will focus on keeping borrowing costs low enough to facilitate a recovery, while (indirectly) keeping it cheap enough for governments to fund their budget deficits, which have also exploded during the crisis. The latter point opens up a sensitive debate about the political independence, or not, of modern day central banking institutions.

While the central banks have been consistently proactive in the 12 years since 2008, the same cannot be said for governments. In the UK, this was characterised as the period of austerity after the liberal spending of the Blair and Brown years. Since the emergence of COVID-19, austerity has gone out of the window, replaced by government spending on a scale not witnessed in generations. The single aim has been to cushion the huge economic destruction that has unfolded amid the global pandemic.

Government support packages as a percentage of GDP (as at 30.04.20) 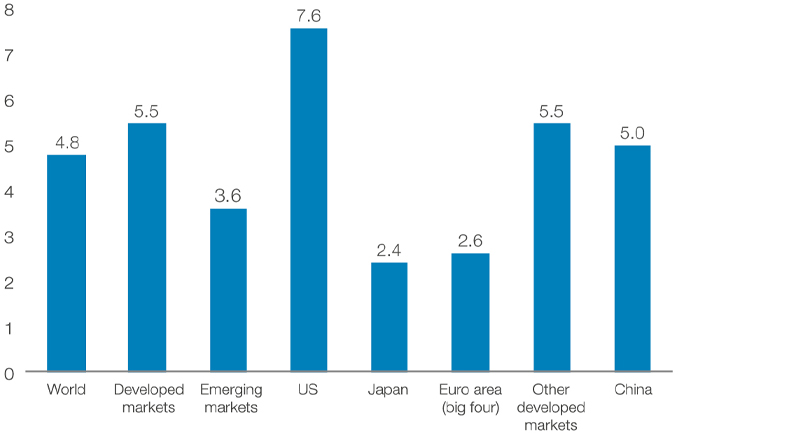 In Europe, the governments of Germany, France and Switzerland have guaranteed almost €17bn of bank loans to businesses, under state aid programmes set up during the pandemic. The Germans, ever the masters of disciplined spending, have been forced to change tack, launching a ‘limitless’ loan programme for small and medium-sized companies. It was always going to take a crisis for Germany to start spending, and that moment has arrived.

Meanwhile in the US, we have seen government-sponsored funding for small businesses, aid for state and local governments, and wage protection programmes. Over the course of the next two years, the US government’s spending response is expected to amount to around 13% of the size of its economy (in the 2008 crisis, this amounted to just 8%).

The evidence that so far only 0.3% of the Paycheck Protection Programme (at the time of writing) has gone to public companies is very constructive. Analysis suggests that the first tranche of the programme may have saved between 33 and 42 million jobs. Given its magnitude, the programme has struggled to provide expedient enough distributions, but whatever its flaws, without this programme, US employees would be materially worse off. Back across the Atlantic in the UK, the state now pays the wages of over one in ten British workers (3.2 million at the time of writing) via the ‘furlough’ scheme, which encompasses 435,000 firms. 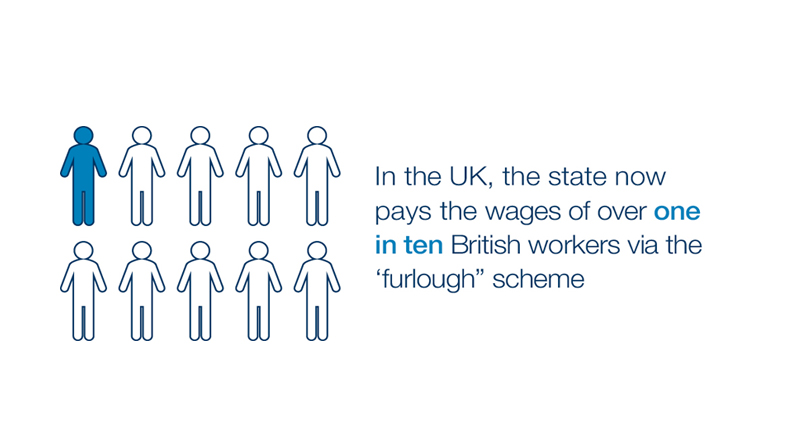 But when will the bill come due?

The coordination of central bank and government policy on this scale does potentially represent an inflation risk further down the line. This did not materialise after the global financial crisis, but that was in no small part due to the fact that large-scale crisis spending by governments was largely absent.

We believe that whether or not you agree with what policymakers have done in response to the COVID-19 crisis, or whether you think they have created a moral hazard for future generations with these unparalleled spending programmes, this is not the time nor the place for that debate. The cost of action is high, but the cost of inaction surely higher. Governments and central banks have bought some time for the global economy to regroup and recover, and thank goodness they have done so. Without their extreme responses, the world would surely be an even scarier place today.

Portfolios may include individual investments in structured products, foreign currencies and funds (including funds not regulated by the FCA) which may individually have a relatively high risk profile. The portfolios may specifically include hedge funds, property funds, private equity funds and other funds which may have limited liquidity. Changes in exchange rates between currencies can cause investments of income to go down or up. The value of any investment and the income from it is not guaranteed and can fall as well as rise, so that you may not get back the amount originally invested. Past performance is not a reliable indicator of future results.

The changing shape of a post-pandemic world

When the US Treasury opens its piggy bank, markets can expect more liquidity